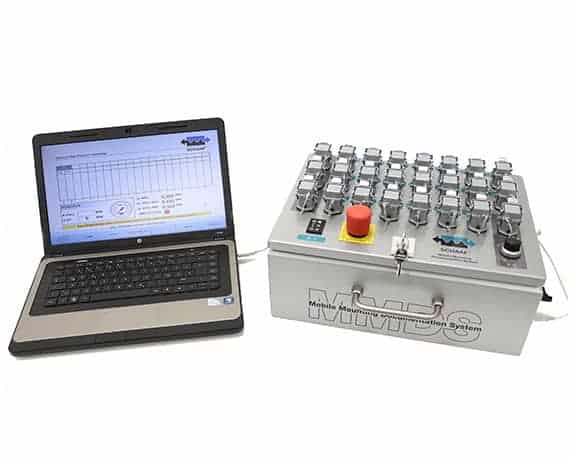 In July 2012, SCHAAF received the order to deliver Bolt Tensioners of different designs including accessories for two pressurised water reactors with an overall performance of 2x1000MW, which are going to be completed 2015/2016 in the Chinese province Guangxi.

The Bolt Tensioners developed by SCHAAF GmbH & Co. KG with thread sizes between M39x3 and M76x4 are designed to open and close various inspection chambers (so called man hole, hand hole or eye hole top covers) for primary and secondary circuit components like, for example, steam gen-erators and pressurisers and are also used to tension miscellaneous fundament anchor bolts.

Due to manifold applications, SCHAAF GmbH & Co. KG developed optimised tool designs, from “simple” single Bolt Tensioners up to Ring Tensioning Devices as full ring and segment designs with optional measuring systems to document the elongation of bolts.
Using the segment design, the advantages of a Ring Tensioning Device (simultaneous tensioning of multiple bolts) could be combined with the simple and uncomplicated handling and mounting of single Bolt Tensioners.

SCHAAF GmbH & Co. KG has not only achieved to meet the customer requests regarding handling and weight, but to keep the investment costs low due to manifold application possibilities (“sharing design principle”) of the tools for various applications. Thus, a Ring Tensioning Device in segment design could be developed, which can be used without limitations for opening and closing man hole top covers of pressure generators and pressurisers. The “sharing design principle” has been successfully used on single Bolt Tensioners with according additional sets containing supporting bushes and/or thread adapters and thus, reduces the storage efforts.

In order to guarantee optimal functionality, longevity and quality of the SCHAAF products despite the light construction, especially regarding the Ring Tensioning Device, different state-of-the-art materials and material matchings were used. In this connection, SCHAAF GmbH & Co. KG amongst other decided for high-tensile aluminium and/or steel.

The following accessories have been delivered with the Bolt Tensioners:

Thanks to the compact and weight-optimised design in combination with the uncomplicated han-dling of the SCHAAF products quick mounting / dismounting times will be achieved, which leads to less radiation exposure of the operating personnel.

SCHAAF GmbH & Co. KG thanks for the received trust and is proud to contribute a part to increase the safety and the economic efficiency of this construction.